Billion! Trillion! Schmillion! What’s all the fuss?
There are a lot of dollar figures being thrown around by our elected officials. A trillion for the Stimulus, a trillion and a half for the National Debt, a trillion for a second Stimulus Package, and so on it goes. I, like many of you, grow weary of hearing these numbers being proposed when I still have a hard time wrapping my brain around a million dollars, let alone amounts where additional zeros are added.
Remember when you were in grade school learning about the value of numbers. The teacher patiently explained that numbers held value. Zero, however, had no value. It was a place holder. Its value was a multiplier when attached to the end of other numbers. Hmmmmm. This bears looking into. 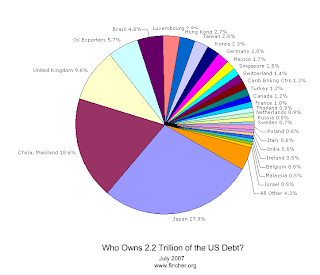 Let’s consider the size of a trillion. One thousand is a one followed by three zeros. One million is a one followed by six zeros. Are you with me so far? One billion is a one followed by nine zeros. So a trillion is a one followed by twelve zeros! Twelve! It’s okay, I understand. You’ve just experienced brain-freeze!
I’m no whiz at math, but I can still do the basics just like you: addition, subtraction, division, multiplication. So I decided to play with these numbers. Here is what I used for a model to determine the amount of one trillion – in this case dollars spent daily from the time of Jesus’ birth until today, give or take a few days. I’m going back 2014 years to the time when Jesus was more likely to have been born. Using a corrected dating process, it is believed that Jesus was born 3 or 4 B.C. Don’t get too excited about a couple of years because when we’re talking about a trillion, a couple of years of spending is chump change!
At 365 days in a year times 2014 years, you have 735,110 days since Jesus was born. Divide that number into one trillion (a one with twelve zeros!) and a person would have to spend $1,360,340.00 each day to reach one trillion dollars. Does that register? That’s One Million Three Hundred Sixty Thousand Three Hundred and Forty dollars! Every day!

Now just for fun, I thought I’d see if there was anything on the web that addresses the insanity of such numbers. Lo and behold! What did I find? Defeat the Debt.com! There is a running tally of our National Debt which is currently in excess of $12,362,000,000,000.00. That’s Twelve Trillion plus!

The Defeat the Debt web site (defeatthedebt.com) shares these intriguing, if not troubling numerical calculations. For example: If you spent $10 million a day, it would take you 273 years to spend One Trillion! Okay, try this one: One million seconds will pass in the next 12 days. One billion seconds will take 32 years. One trillion seconds will pass in 31,688 years. Your head should be swimming at this point. Sit down, lean forward, and put your head between your knees and breathe! You’ll be fine. 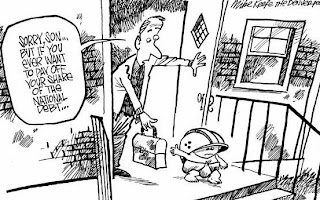 We have a "spend-happy" Congress that apparently has no idea of the train wreck we are heading for economically unless cooler heads prevail. In ten months, “We the people” will be given the opportunity to once again vote in or out of office these lawmakers who are literally breaking the bank! Do they not understand the basics of economics? I think not! We simply cannot continue to spend more and more money with the mistaken idea that is being foisted upon us by today’s bureaucrats that we will somehow spend our way out of a recession! They throw these numbers at us with such carelessness that we’ve become numb to the enormity of our dilemma. I mean, what’s a trillion dollars anymore?
I close today’s column with this astute observation from no less a liberal newspaper than the Washington Post, in an article entitled, Ducking the Deficit Issue. “The problem of the burgeoning government debt is mainly political, but the adverse consequences may be economic. The trouble is that we don't know what those consequences may be, when they may occur or even whether they will occur. Without some impending calamity, politicians of both parties recoil from doing anything unpopular that might bring the budget into balance over, say, the next six or seven years. The idea of anticipating and preempting future problems is not on their agenda.” Robert J. Samuels, August 31, 2009.
No worries, right? After all, what’s a trillion?
Posted by CHUCK ROOTS at 17:35