Once again this year Isaura and I are truly blessed with the joy of family and friends seasoning our lives.


The year started out great with the arrival of Josh and Jenny’s second little one. Colson Charles Sousa was born January 8th, and what a delight he has been. He’s a very “easy” baby in that as long as his basic needs are met (food, sleep and diaper changes), he’s perfectly content. Even though big sister, Brookie, was not at all happy that her mother was having a boy, as opposed to a girl, she has fallen totally in love with her little brother. She and cousin Alyssa are constantly kissing and squeezing the little guy. I suspect at some point he’s going to let them know he’s tired of it. Alyssa and Brookie have several endearing names for Colson, but the one that seems to be most used is “Colsee.”


Jenny continues to work at 234 Bistro, an upscale restaurant in Turlock where she is the day manager. Jenny has added another wrinkle to her entrepreneurship. She has opened a small shop where she is selling furniture pieces and is having a ball. The income is proving to be quite rewarding. So much so that she has her Aunt Joy (my sister), a retired school teacher, doing the same thing where she lives in Fresno. Josh continues to work with Clark Pest Control.  He is also making progress on completing his bachelor’s degree. And he’s having a lot of fun with little Colson.


Ken continues to work for Adtek, a sheet metal company. Laura thoroughly enjoyed working in the office of California Assemblyman, Bill Berryhill and was hopeful that his bid for the newly formed State Senate Seat #5 would come through in November. But, alas! It was not to be. Bill lost his race in a squeaker to his Democratic opponent. It was almost two weeks after the polls closed before the final ballots determined the outcome. Laura has so enjoyed the energy she experienced working in a political office that she is offering her services to other politicians in our area.  Grandson, Daniel Spence, graduated from high school in June. Congratulations!


My mother, Christine, turned 97 in June and continues to purr right along. Just last month my brother, John, purchased a special recorder so we could have mom tell about her life experiences which are fascinating to say the least. Not only does this device record her spoken words, but it connects to a computer and prints out her words, thus providing us with a written record as well. Very cool! One story she told me recently was the highlight of the week for the whole family when she was a little girl. Her mother, father, older brother and she would get dressed up on Saturday afternoon and walk to the train station to watch the train come in. Once it left they would walk back home. I love it!


Isaura takes a great deal of pleasure in her work with foster children. Her agency is called, Parents By Choice, and is located in Stockton. She is on a part-time schedule so she can spend a couple of days each week taking care of the needs of my mother and her mother, as well as babysitting Alyssa, Brookie and Colson two days a week.


I’m in my 14th year as the senior pastor of the Ripon Free Methodist Church. What a wonderful congregation I am blessed with! Also, I got my first hole-in-one last spring. Yahoo! But what made it particularly special was my brother John had come out from Virginia for a few days of golf. During those several days the Central Valley was hit with one of the worst storms we’ve ever had: hail, thunder & lightening, and lots of rain, plus cold, blustery weather that was a challenge even to the most tenacious of golfers.


Several years ago when Alyssa was two she saw a TV ad for Disney’s, The Magic Kingdom, and immediately made it quite clear that she wanted to go there. We promised her that when she was 5 we would take her. So early in December we made good on our promise. Josh & Jenny, Laura & Ken, Alyssa & DeziRay, Brookie & Colson, and Isaura & I drove in three cars to the Holiday Inn next to Disneyland in Anaheim and spent three days enjoying Disneyland and the California Adventure. It has been twenty-two years since we were last there. What an amazing operation! We had a lot of fun. But the best part was seeing our grandkids faces in Disneyland.


As we look forward to 2013, it is our prayer for you that the Lord Jesus will be the desire of your heart.


Have a Wonderful Christmas, and remember to keep your eyes fixed on Jesus! (Hebrews 12:2) 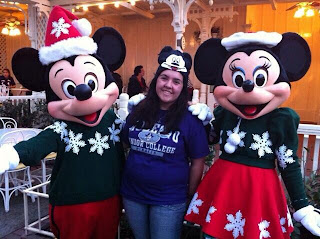 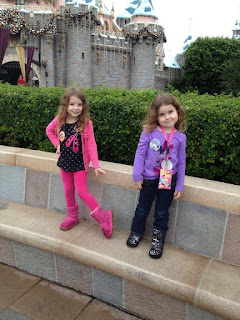 Brookie & Alyssa by the Enchanted Castle 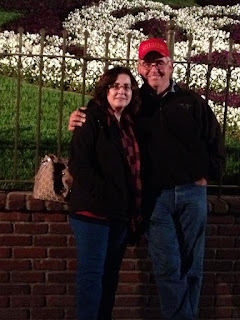 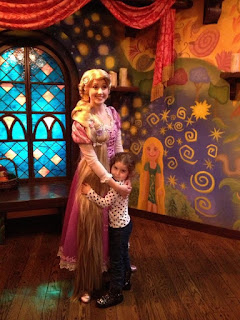 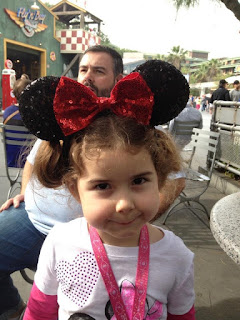 Alyssa - 5 years old and at Disneyland! 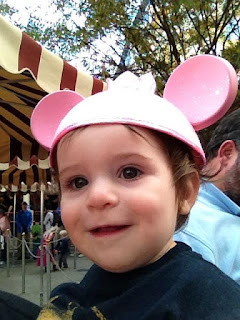 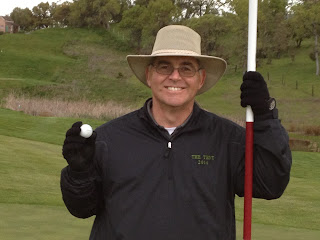 Hello grandaddy, I think this was a great article.