The Father of Christian Rock

I was surprised the other day to receive an e-mail from a friend informing me of the recent death of Larry Norman, known as “the Father of Christian Rock Music.” I was saddened by this news, for you see this man had a huge impact on not just the Christian Rock industry, but on Rock music all across the spectrum. 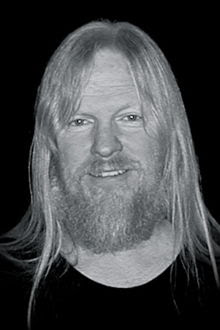 Larry Norman was a pioneer who was fearless in attempting to reach the counter-culture youth of the 60s and 70s with the gospel. He was born in 1947 in Corpus Christi, Texas, but shortly after his family moved to San Francisco. He grew up doing mission work with his father visiting prisons and hospitals. Larry was enthralled with Elvis Presley and would often regale his classmates with songs he would sing at school. He had the heart of an evangelist and the talent of a modern rock musician.

In 1959 he performed on Ted Mack's syndicated television show The Original Amateur Hour on CBS. For those unfamiliar with The Original Amateur Hour, consider it as the American Idol of the 50s. He left home in the mid-60s, joining up with a local band in the San Jose area, performing opening gigs for The Doors and Jimi Hendrix. For the next several years he was greatly sought after for his musical talent and writing ability. Paul McCartney of the Beatles even met with him in the late 60s to discuss his music.

One thing that truly stood out with Larry Norman was his passion to see people come to know Christ as their Savior. He was always witnessing to his fellow band members along with anyone else he encountered in the rock music industry. In a desire to help his fellow musicians with drugs, he began a Bible study in 1971 called the Vineyard. One of the attendees was folk/rock artist Bob Dylan.

To see Larry Norman up close and personal you would immediately think “hippie,” and “druggie.” He simply looked like the people he was trying to reach with the gospel. Reminds me of the nineteenth century missionary to China, Hudson Taylor, who believed it was necessary to assimilate into the culture if he would have any hope of sharing the message of Christ. So he wore the clothing any Chinese man would wear. He even shaved his head, growing the long pigtail, called a queue, commonly worn by Chinese men. His impact in reaching the Chinese with the message of Christ is legendary.

Larry Norman's relationship with the wider Christian church, and with the Contemporary Christian music industry, has been contentious for a number of years. According to Portland news/radio station KXL, Norman's early social positions caused a stir among many conservative Christians. His views against racism and poverty caused him to receive multiple death threats in the 1970s. A widespread ban on Norman's music, which is largely still in effect today, existed in Christian stores. This ban was due not only to Norman's social positions, but his preferred company as well. Said Norman in a separate interview: "The churches weren’t going to accept me looking like a street person with long hair and faded jeans. They did not like the music I was recording. And I had no desire to preach the gospel to the converted.” (http://en.wikipedia.org/wiki/Larry_Norman)

It was my distinct pleasure to play many of the songs Larry Norman wrote while I was completing my undergraduate studies at San Jose State University in the mid-70s. My major was in Radio & Television Broadcasting, so I created and hosted the “Bread of Life Show,” a Christian radio show for the university radio station, KSJS. I would play as much contemporary Christian music as I could, but there was precious little of it. Larry Norman was a breath of fresh air. He wrote songs like: “Why Should the Devil Have All the Good Music?” “So You Want to Go Back to Egypt,” “I Wish We’d All Been Ready,” “Only Visiting This Planet,” “We Need A Whole Lot More of Jesus, and a Lot Less Rock and Roll,” “The Rock That Doesn’t Roll,” and a host of others. 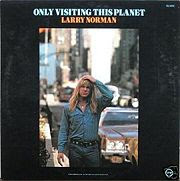 In recording his first solo album in 1969, Norman had this to say: "I wanted to push aside the traditional gospel quartet music, break down the church doors and let the hippies and the prostitutes and other unwashed rabble into the sanctuary...I wanted to talk about feeding the poor, going into the world....[I felt that] most of the modern music was anemic and needed a transfusion."

Larry suffered a heart attack about ten years ago. His body has gradually lost the fight. He went home to be with the Lord, February 24, 2008. Just the day before, he wrote on his web site, “I feel like a prize in a box of Cracker Jack with God's hand reaching down to pick me up. I have been under medical care for months. My wounds are getting bigger. I have trouble breathing. I am ready to fly home. I won't be here much longer. I can't do anything about it. My heart is too weak. I want to say goodbye to everyone. We are not sure of the date when I will die. Goodbye, farewell, we will meet again.”

Thanks for your ministry, Larry. I’ll see you later.
Posted by CHUCK ROOTS at 09:02