I’ve been doing further research into writing about my great grandfather’s participation in the Battle of Corinth, Mississippi in 1862. So, if you will, allow me to share one of the most fascinating occurrences in the War Between the States.

Railroads were critical for both the Union and the Confederacy. This may be more than obvious; however, it is important to remember that trains were still a relatively new invention when the Civil War began.

The forerunner to the train was an invention in Germany called Wagonways. Horse-drawn wagons were still the means by which to haul people or goods. What set wagonways apart was the development of wooden rails for the wagons to roll on. This was far superior to the rough dirt roads of that time in the 1550s. England produced the first steam-powered locomotive in 1803. This replaced the need for horses pulling the heavy loads of ore out of the coal mines. Some twenty years later trains became a means for passenger travel. The father of American railroads is John Stevens. The first American steam engine was built in 1830 called the Tom Thumb. 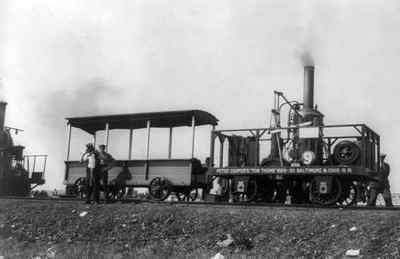 With the advent of the American Industrial Revolution, trains quickly became a mainstay in the ever expanding new nation. It is what literally connected the east and west side of the nation. Prior to the train, the quickest means of travel from New York to San Francisco was by sailing ship, traveling south around the southern tip of South America. Needless to say, such a trip took a long time.

Some thirty years later the United States was fully immersed in a civil war. The industrialization of the northern states developed an extensive layout of tracks for train use. The southern states had remained more agrarian, thus were not as interested in crisscrossing their land with steel rails. This would prove to be a detriment to the Southern Cause.

The Iron Horse, as trains were affectionately named, would play a major role in the War. And as it turned out, this would be a decisive role.

In the early spring of 1862, Union forces were moving into western Tennessee to attack several Confederate forts and key geographic locations – specifically Corinth. Why Corinth? Because it was the main crossing of two railroad lines: the Memphis & Charleston Railroad Line and the Mobile & Ohio Railroad Line. Union forces under the command of General O. M. Mitchel, developed a daring plan to strike deep into the heart of Dixie. Volunteers were called for to engage in a very dangerous mission. Twenty-four men stepped forward. It was then that they were informed of the mission. They were to dress in clothing that was common to southern men; then proceed by whatever means available into the south until they arrived in Marietta, Georgia. They then rendezvoused at the Marietta Hotel in final preparation for their daring plan. They were to seize control of one of the trains in the train yard nearby and drive it north in an attempt to cause as much damage along the way as possible. But the primary purpose was to disrupt commerce flowing in and out of the city of Chattanooga. 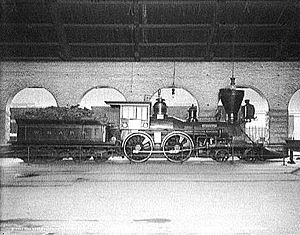 The train was successfully hijacked and the race was on! If all went well, the boys from the Ohio regiments conducting this raid would be able to cut the telegraph wires as they moved north. Another part of the plan was to stop at each railroad bridge and burn it so as to discourage enemy pursuit, and disrupt southern use of their rail system, or at least until it could be repaired. 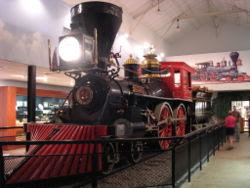 Over the next couple of days the chase given by the southerners in a pursuing train was high drama, to say the least. The Confederates were so close on the heels of the northern boys in the hijacked train, that there was no time to stop and cause the damage originally intended. Telegraph lines were cut frequently, but that was about all. The northern boys threw all manner of items onto the tracks to slow down or derail their pursuers, but to no avail. They even set rail cars ablaze and left them sitting on the tracks in hopes of delaying the enraged enemy. The southern engineer just blew on through the blockade, pressing hard on the fleeing northerners. Finally, with no chance to stop for more wood and water for the engine, the boys from Ohio literally ran out of steam. Everyone was encouraged to scatter and fend for themselves. All but two were captured within a week. The leader, James, J. Andrews, and seven others were executed. The remaining fourteen made a daring escape from their captors in Atlanta, Georgia. Eight managed to return to their units in the north, while the remaining six were recaptured and eventually returned to their units in an exchange of prisoners in 1863.

The author of the article of this great adventure was William Pittenger of the 2nd Ohio Volunteers, circa 1880. He would later become a minister.
Posted by CHUCK ROOTS at 07:51