This time next year we will have voted in the mid-term elections for many of the Congressmen across our fair land. Now is the time to prepare for this event. It may well shape the future course of our nation.

What may be very telling, yet could be lost in the midst of what is normally assumed to be a non-voting year, is that two states, New Jersey and Virginia are voting for their governor’s race this week. The reason these two races could be very telling is that they would either bolster President Obama’s agenda, or set it back on its heels. As of this writing, the Republican challenger Chris Christie, to the Democrat incumbent governor, John Corzine in New Jersey, is ahead by 4 points in the latest Rasmussen poll. New Jersey has been a huge Democrat stronghold for as long as I can remember. It is ranked among the highest taxed of all 50 states. If the Democrats were to lose this governorship, it would be a serious blow to the current administration.

In Virginia, the pundits are saying the Republicans have this governorship sown up. The finger-pointing and blame game is already in full swing among the Democrats as to why this race was lost. The polls have the Republican challenger, Bob McDonnell, so far in front of Democratic rival, Creigh Deeds, that it is considered to be all over but for Deeds’ concession speech. 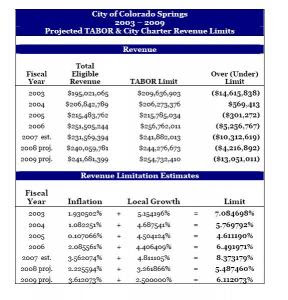 Ever heard of TABOR? This is an acronym for Taxpayer Bill of Rights. This measure limits state spending growth to the rate of population growth plus inflation. Tax revenues growing faster than that would be rebated back to taxpayers. Colorado instituted TABOR in 1992, a concept advocated by conservative and free market libertarian groups as a way of limiting the growth of government. It requires that increases in overall tax revenues be tied to inflation and population increases unless larger increases are approved by referendum. Now hold onto your hats! Of all the places where you might least likely expect a similar TABOR to be successfully introduced – the Great State of Maine (Yes! Liberal Maine) shows a double digit lead in passing this bill. Same goes in the equally liberal state of Washington.

So, you see, these seemingly insignificant elections may be indicators of how events could turn out in 2010 and 2012.


I have grown to be more and more alarmed by the actions of our government over the last twenty years. For instance: The continuous and exponential growth of the national debt; our weakened economic stance in the face of a rapidly rising superpower in China; the back-breaking economic strain that is being borne by the American people in caring for those who have come to this country illegally; a two-party system of government that lives in their own little bubble totally devoid of any appreciation for the hard-working average American citizen; a tax & spend political mentality shared by Democrats and Republicans alike; a political mentality that first uses, then accuses, and then abuses the men and women of our military who continually answer the call of their nation; and a collective moral failure of this country to stand up for what is right, proper, and honorable. This list could be extended ad infinitum. 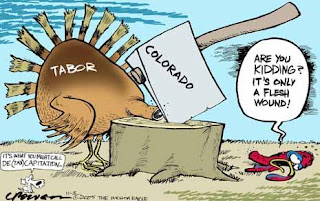 Greatly intrigued with America, French political thinker and historian, Alexis de Tocqueville, made this astute observation in the early 1830s about the fledgling United States: “The American Republic will endure until the day Congress discovers that it can bribe the public with the public’s money.”

Are we allowing ourselves to be seduced by an ever-ravenous Congress that feels itself entitled to more and more of our money? Have we lost the will to openly declare that we want our freedoms and liberty restored? Or have we supinely submitted to the comforts that our elected officials are grudgingly willing to grant us – at a price?

You think your vote doesn’t count? That’s only because you have been led to believe that it doesn’t. But it does. If enough of us across this great nation of ours will stand up and be counted, I believe, by the grace of God, that we can rescue our land from those who seek to dismantle our Constitution and destroy our way of governance.

This move to turn this nation around may well begin this week in New Jersey and Virginia, Maine and Washington, but you and I can make the bigger difference this time next year. The message we send will resound through the chambers of Congress, the Halls of Justice, and yes, even the White House. Then our newly elected leaders will be quick to represent all the people.

Wouldn’t that be refreshing!
Posted by CHUCK ROOTS at 01:19