When Silence is Deadly 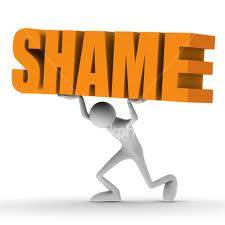 “This case is about a doctor who killed babies and endangered women. What we mean is that he regularly and illegally delivered live, viable, babies in the third trimester of pregnancy – and then murdered these newborns by severing their spinal chords with scissors. The medical practice by which he carried out this business was a filthy fraud in which he overdosed his patients with dangerous drugs, spread venereal disease among them with infected instruments, perforated their wombs and bowels – and, on at least two occasions, caused their deaths. Over the years, many people came to know that something was going on here. But no one put a stop to it.”

The above paragraph is the opening statement (Section 1: Overview) by the Pennsylvania Grand Jury that conducted an investigation into an abortion doctor who was finally arrested for his “house of horrors” medical practice. The full, gruesome details of the decades long murder of newborn babies, and the constant endangerment of the mothers due to unsafe and unsanitary conditions is outlined in the Grand Jury’s 281 page report. It is not bedtime reading!

Among other things, what makes this a criminal act is that the doctor killed babies after they were born. These were not aborted babies. They were very much alive (The fact that the babies could have been aborted from the womb with no serious argument as far as criminality is concerned, as opposed to the killing of babies minutes old being considered murder is grist for another article). Even more chilling is that this doctor is not a crazy. On the contrary, he believes he is perfectly in the right to do what he did. I suppose he will face trial for his actions, but didn’t we open the door for such heinous activity with the passage of Roe v Wade nearly forty years ago?

Under the umbrella of Roe v Wade, women were to have clean, sanitary medical environments in abortion clinics where they could safely dispose of the cause of their unwanted pregnancy. It was all to be so neat and clean! But alas! Such has not been the case as evidenced by this murderous doctor in Pennsylvania. Are you aware, for instance, that Roe v Wade only authorized abortions up through the second trimester? Unborn babies that were in the third trimester were not to be aborted. Where has the regulatory board for such things been? Abortion clinics have routinely been aborting babies at any stage of the pregnancy.
We have created a climate in our society that has pushed the limits on practically everything that was once believed to be sacrosanct, sacred, holy, even untouchable.

For several decades complaints about this doctor and his unorthodox practices were ignored by the Pennsylvania Department of Health, the Pennsylvania Department of State, and the Pennsylvania Department of Public Health. It’s not as if these agencies were unaware of what was going on, because at various times over the years inspections of the premises were made with comments given that this was the worst abortion clinic ever. But no one did anything about it! Now after hundreds of murdered babies, the Pennsylvania Grand Jury finally conducts and investigation and recommends numerous charges be brought against Dr. Kermit Gosnell and members of his staff. They range from the murder of babies, 3rd degree murder of a mother, infanticide, violations of controlled substances, hindering prosecution, obstruction of justice, tampering with evidence, and perjury, among other charges. The authorities may eventually put this doctor and some of his staff behind bars, but the damage done to lives is unconscionable.
﻿
﻿ Among the various ghastly items discovered in this “house of horrors” were countless numbers of small jars containing the severed feet of the babies killed by Dr. Gosnell.
I am sickened by this story. And I fear there are still other houses of horror that have yet to surface. When will sanity and respect for the sacred return to our nation?

Have we failed to learn anything from the Holocaust seventy years ago when equally despicable actions were foisted upon an entire race of people – the Jews? People simply looked the other way. They said nothing then, too. Are we any different?
God have mercy on us!
Posted by CHUCK ROOTS at 01:29