An Anomaly from History

Alas! Being the inveterate Civil War buff that I am, I must always return to this popular American historical topic just the way salmon must return upriver to spawn, or Canadian geese fly south for the winter.
Tonight I was sitting reading from several of my Civil War books taken from my collection which fills one bookcase and then some. One book that always makes me smile is entitled, “The Incredible Civil War,” by Bruce Davis, 1960. This paperback volume is like attempting to eat just one M&M from the bag. It is chock full of intriguing information that you typically do not run across in your standard school text books. But once you read one story, you simply cannot stop. 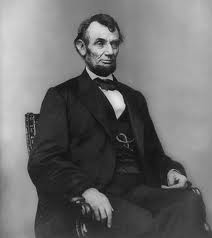 So let me introduce a topic in this article that may be of interest to you: Abraham Lincoln’s beard.
“Who cares about Lincoln’s beard?” you ask. Well, there are some interesting facts and stories surrounding this 16th President of the United States and his vaunted beard.
Lincoln was the first president to sport a beard! I thought back over the images in my mind of the various presidents, and could not dispute the statement that no president prior to Lincoln had worn a beard. So, to confirm this bold assertion, I checked a pictorial display of all the presidents. The official portraits of the presidents reveal that all 15 of the first presidents were clean-shaven! Only one even came close to wearing facial hair, and that was Martin Van Buren, the 8th president, who had a pair of the largest mutton chops you’ve ever seen!

Lincoln actually began something of a trend as a number of his successors followed suit, namely, Ulysses S. Grant (18th), Rutherford B. Hayes (19th), James A. Garfield (20th), Chester A. Arthur (21st), and Benjamin Harrison (23rd). Of the first fifteen presidents, none had any facial hair, with the noted exception already mentioned of Van Buren’s world-class mutton chops. Andrew Johnson (17th) assumed the presidency following Lincoln’s assassination. He followed in the line of the first 15, choosing to be clean-shaven. The next six either had a beard or a mustache. William McKinley (24th) reverted to the clean-shaven look. Teddy Roosevelt (25th) and William Howard Taft (26th) were the last two presidents to have facial hair – moustaches. From Woodrow Wilson (27th) to the present president, Barack Hussein Obama (44th), all have chosen to remain hairless. 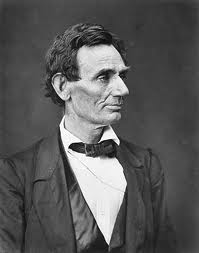 So, how did Lincoln break with the hairless tradition? During the presidential campaign of 1860, Lincoln received a letter from an eleven-year-old girl from Westfield, New York, named Grace Bedell. This child told the Republican candidate that she had four brothers. It seems a couple of them were Lincoln supporters. Grace said if Lincoln would allow his beard to grow she would get her other brothers to vote for him. She even said, “You would look a great deal better for your face is so thin. . . . . All the ladies like whiskers and they would tease their husbands to vote for you and then you would be president.” Lincoln wrote to Grace the following day: “As to the whiskers, having never worn any, do you not think people would call it a piece of silly affectation to begin now?” As the saying goes, “The rest is history!”
After Lincoln was elected, he took a two-week train ride circuitously from Illinois to Washington, DC where he would be sworn in as the 16th president of the United States. One of the many stops along the way was at Westfield, New York. While giving a speech, Lincoln paused, and said, “During my campaign I had a little correspondent from your town. She kindly admonished me to let my whiskers grow, and since I’ve taken her advice, I would like to see her. Is she here? Is Grace Bedell here?” The little girl was pushed along by the crowd until she found herself face-to-face with the next president. Mr. Lincoln then gave her a kiss while all the people applauded.
One of the greatest presidents in our history grew a beard at the suggestion of a precocious little girl. His beard was finally full grown just before his trip to Washington, DC. And now his bearded portrait is the most famous face in American history.
Posted by CHUCK ROOTS at 00:07